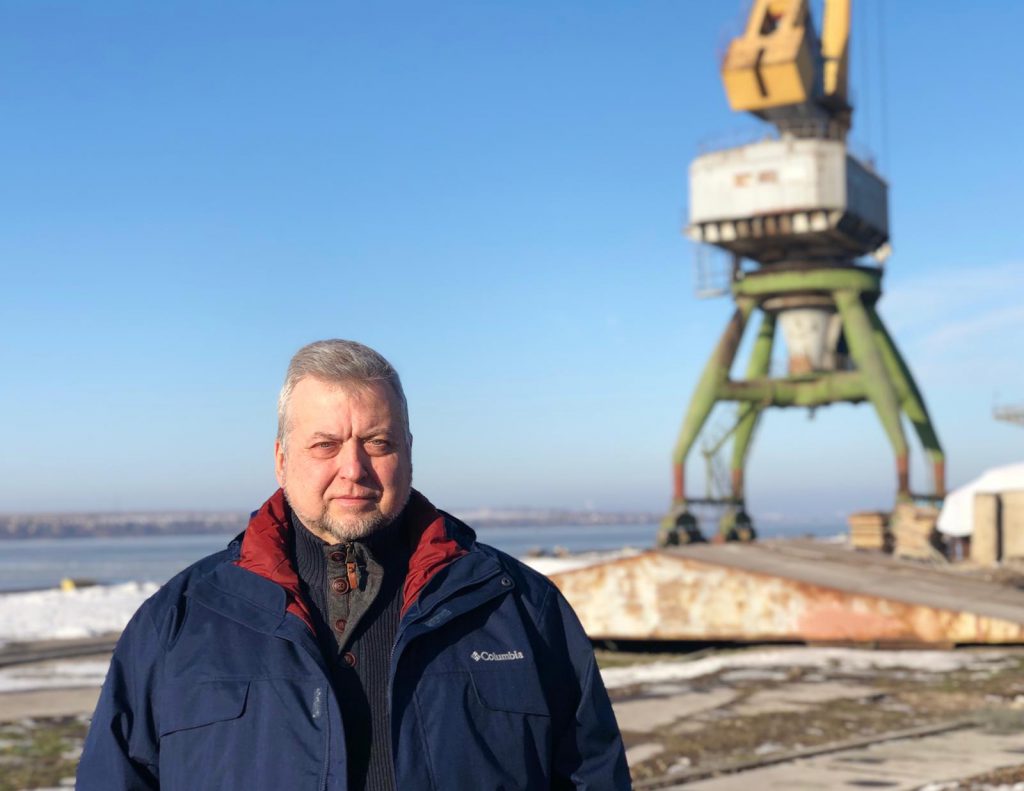 Viktor Tsoklan has been appointed to the position of General Director of the Shipyard Ocean. News were announced by the shipyard shareholder Kapatsyna V. M, during the meeting with the enterprise staff, where the introduction of the new head of the shipyard took place. Mr. Kapatsyna lays hopes on Mr.Tsoklan as an effective manager and is counting on his experience at a time when Ocean is facing new challenges and accomplishments. From his side, Mr.Tsoklan confirmed that he sees a big potential in Shipyard Ocean and will make every effort to return the company to the global level together with the team.

“The main thing which we shall do along with the team now is to prepare the most technical and technological conditions at the enterprise for shipbuilding and ship repair, and develop cooperation with international partners.”- underlined Viktor Tsoklan his aims for the upcoming months.

Tsoklan Victor Ivanovich was born in 1965. Graduated from Lviv Higher Military-Political School. After serving in the army he graduated Faculty of Law of Lviv State University named after I. Franko.
In 1992-2000 he was engaged in private legal practice, was elected a deputy of the Transcarpathian Regional Council, a member of the board of the Legislative Center “European Choice”.
2000 -2003 – Head of the Legal Support Department of the State Administration of the President of Ukraine.
2003 – 2004 – Deputy of the Head of the Mykolayiv Sea Commercial Port for Commercial Activities and Legal Support.
2004 – 2005 – General Director of the State Enterprise “International Children’s Center” Artek “.
In 2007 was appointed Head of Institution of the Supreme Administrative Court of Ukraine.
December 2007 – March 2010 – Deputy of the Minister of Justice of Ukraine.
Since 2010 he has been involved in the legal support of investment projects in the European Union.
In 2004, by the decree of the President of Ukraine, he was awarded the title of Honored Lawyer.